Advice for conductors: What do you hear and how are you going to fix it? #6

Please don’t sing while your conducting. I think conductors who specialize in choral music are more guilty of this than others. The singing conductor, however, is unfortunately not exclusively limited to choir directors. Many instrumentalists know the odd and disconcerting feeling when a conductor begins to hum along with a line. This is full on crazy behavior.

It is perfectly acceptable to demonstrate something by singing when the ensemble is not actually making music. Most of the time, musicians can communicate more information by actually making music than by speaking. I can often more demonstrate a phrase shape more quickly by singing or playing it than I can by talking about it. I also like doing this because it involves less talking. 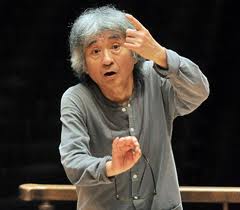