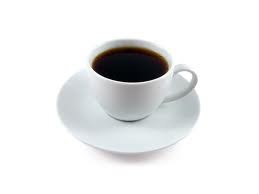 In one of the more famous passages of the Confessions, St. Augustine’s brings his “coffee cup theory of art” (which you can read about here) to church with mixed results.

“Yet again, when I remember the tears I shed at the Psalmody of Thy Church, in the beginning of my recovered faith; and how at this time I am moved, not with the singing, but with the things sung, when they are sung with a clear voice and modulation most suitable, I acknowledge the great use of this institution. Thus I fluctuate between peril of pleasure and approved wholesomeness; inclined the rather (though not as pronouncing an irrevocable opinion) to approve of the usage of singing in the church; that so by the delight of the ears the weaker minds may rise to the feeling of devotion. Yet when it befalls me to be more moved with the voice than the words sung, I confess to have sinned penally, and then had rather not hear music.”

First of all, we need to acknowledge the irony involved. St. Augustine gets worried that he is taking more delight in the music than in the words that it is conveying. The irony is that he is worrying in what is generally accepted to be some of the most beautifully penned Latin prose in the history of the world. He reluctantly accepts that fancy mugs might be necessary, but they can be distracting if they keep you from really focusing on the coffee. We know this argument from our relationships. “I really like your for your personality, not your looks.” To quote from one of my favorite poems, “But all the time he was talking she had in mind/The notion of what his whiskers would feel like on the back of her neck.” (I’m giving out some facebook love to anyone that can name the poem without using google.)

St. Augustine’s coffee cup theory will take some time to unpack, but it has a long history in the world of aesthetic philosophy. For church musicians, it finds its most extreme form in the thought of John Calvin and the Geneva Psalter. Music’s purpose is to serve the text without distracting us with interesting little sounds. That theology has had a severe impact on the artistic life of the churches in the Calvinist tradition. I do an experiment with my classes on occasion to underline the point. I write headers on the board listing the major Judeo-Christian denominations. I ask the class to name composers from history. As they name them, I write the composer’s names under the religious tradition to which they at least nominally assented. The last experiment looked something like this:

Apparently, the book of “Great Calvinist Composers” is as brief as the book lampooned on Fawlty Towers: “Great English Lovers”