Aesthetics: the 3rd Earl of Shaftesbury and plastic truth 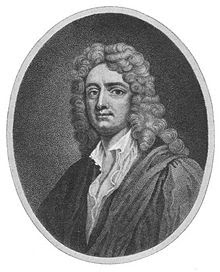 The 3rd Earl of Shaftesbury is a transitional figure in the history of aesthetics. He stands between the classicists and the moderns. Because he is English, he writes wonderful essays that are not attempts at systematic thought.

Following the Greeks and the early Christian thinkers, he treats beauty and truth as synonyms. His thoughts will take some time to tackle, but I think the following passages are an interesting starting point. He traces a line of Aristotle’s thought in Poetics where Aristotle says, “Poetry is both a more philosophic and a more real thing than history; for poetry tells rather the universal, history the particular.”

Shaftesbury suggests that “the best artists are said to have been indefatigable in studying the best statues: as esteeming them a better rule than the perfectest human bodies could afford.” Aside, from getting to use “perfectest” in a sentence, the cool thing about this idea is that great art always includes something universal that is better captured in a statue than in a specific perfectest body.

The artist that gets too bogged down in the particular runs the risk of producing “irregular and short-lived works”. The “higher” truth in art that is above historical truth is given the name “graphical or plastic truth” in Shaftesbury’s essays.

To my knowledge, suggesting the idea of “graphical or plastic truth” is at least a new way of writing about art at this time. It is certainly a shot across the bow of Descartes and a mechanistic view of the universe. He is staking out an area for artistic truth to have precedence over scientific truth.