Aristotle and the masterpiece (part 2) 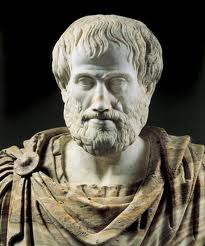 Aristotle argues that in a “good work of art…it is not possible either to take away or to add anything” without in some way damaging it. Whenever I think about this, I always think of young Berlioz when he was working in the Biblioteque Nationale. He would check out scores and sit in the student seats down in the pit at the opera. If a conductor changed something (like having flutes play a piccolo part), he would start screaming about not following the composer’s intention. Of course, that was back in the day when conductors felt fairly comfortable mixing and matching entire movements of symphonies.

The idea of a masterpiece is actually hard to access when you think about it. Well, Beethoven’s 5th symphony might be a masterpiece, but it wasn’t that night when the old lady kept coughing and unwrapping candy next to me, plus I think the horn player got in a fight with his girlfriend so his playing was uninspired. I think that the Grünwald Crucifixion is a masterpiece, but it wasn’t so good when I was chasing my four year old around keeping him off of the paintings in the national museum of art, plus the lighting was a little weird in that spot. Also, when I was reading the Brothers Karamozov, I wasn’t paying attention during one page. I started thinking about what I would make for dinner.

If the actual encounter with the “masterpiece” always has something working against it, then where do we go? One option is to go with what I’ll call the Urtext theory. I first heard it as a child at church. It would go like this:

LuCy MayS: The Bible is the inerrant word of God.

Turk: You don’t mean a particular translation do you?

LuCy MayS: No, I mean the original.

Turk: Do we have copies of the original?

LuCy MayS: No, but we have accurate copies of copies.

You get the idea. A tremendous amount of modern scholarship is based around the idea of stripping off the obfuscating layers and revealing the original work. I value this scholarship very much, and I almost always find insight from looking at the research. The problem is, producing a final, authoritative version always sends scholars chasing after Foucault’s Pendulum. We can only get to the point where we say, “This is what we know so far. Something new may come up.”

Some have chosen the mystical union with the artist approach. That is, I have some special gnosis about the creator of this work because of 1) my close spiritual connection, 2) my rigorous research, 3) I’m related 4) I knew him/her personally. This argument always runs straight into the intentional fallacy, so I find that it’s not very helpful.

For musicians, I don’t really think that when we say that Beethoven’s 5th is a “masterpiece” – and that nothing could be “added or taken away” without distorting the work – that we mean it in a completely literal sense. That is, if Beethoven hadn’t doubled the famous opening in the clarinets, and we received the work with that one difference, we would likely not think it any less of a masterpiece. We might even praise Beethoven for not doubling the opening.

I think we really mean that the work, apart from any specific encounter and yet including every specific encounter, provides one of the richest sources of aesthetic contemplation that we have. The macrocosmic architecture is supported by microcosmic interest. Analogs to the whole are discovered in smaller chunks. The work “bodies itself against us” [er leibt mir gegenüber] (to use one of Buber’s terms). When we try to dissect it, we can say that it affects us emotionally, intellectually, spiritually, etc. However, no analogy seems to fit. It is a unique experience. It is a well that doesn’t seem to run dry. It is, as e.e.cummings once wrote, “as large as the world, and as small as alone.”

Whatever a masterpiece may finally be, I know that when I encounter one, I keep returning to it. It is a profoundly human object. I mean that in the sense that I don’t have to keep going back to Duchamps urinal. I got the point the first time.