Beethoven and his publishers

“…you as a music publisher more humane and educated as all other publishers should have the intention not to pay the artist a scanty remuneration but enable him to fully administrate the duties expected of him -“. 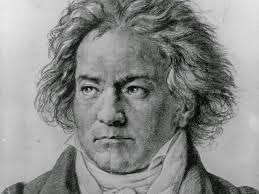 I’ve been reading up on the history of music publishing. In particular, I’m interested in the rise of the modern music publisher. So, I’m not talking about Petrucci’s three impression method or the common practice of subscription based publication of the 18th century. Certainly a work like the Claivier-Übung was published and even internationally circulated in the Bach circle after his death, but that was not quite the same thing.

The first time I can find an example of a publisher selling music internationally – presumably at least partially to a rising middle class – is Artari’s publication of Haydn String Quartets. That was the first international best seller in my reading thus far. Mozart tries and fails to become an independent composer, and not too many years later, Beethoven manages to succeed to some degree. Here is the amazing part. As his deafness increased, he made his money primarily from publishing companies.

At that point in history the composer regularly received more than a 50% cut for the original edition.(Compare the 8-10% composers receive today!) The company apparently made most of its money on subsequent editions. They had the added expense of hiring a specialist to engrave plates – real plates of copper (and later pewter) for printing.

A few months later, Beethoven asked for 250 ducats for another grand collection of compositions (op. 74 to 86). When the publisher tried to talk him down to 200 ducats, Beethoven reacted with these words: “It is not my intention, as you believe, to become a profiteer in art, one who only composes to augment his riches, heaven forbid, but I enjoy an independent life and cannot be without a small fortune and so the composer’s remuneration must honour the artist and all he undertakes. I shall not mention it to anyone that Breitkopf & Härtl gave me 200 ducats for these compositions, you as a music publisher more humane and educated as all other publishers should have the intention not to pay the artist a scanty remuneration but enable him to fully administrate the duties expected of him -“.