Berdyaev and the death of the Episcopal Church 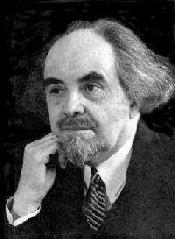 I’m on a Heschel and Berdyaev kick lately. I’m returning to some of the authors that shaped me some 20 years ago. Whilst reading a Berdyaev essay tonight, I realized my central issue with the national body of the Episcopal Church suing congregations that attempt to withdraw from the national body for reasons of conscience. (I’m setting aside here the direct Pauline prohibition about Christians suing each other – which ought to be enough in itself.)

In an essay about the Orthodox military suppression of the monks at Athos, Berdyaev writes:

“By his spiritual power Archbishop Nikon could never persuade anyone. The Synod Orthodoxy is persuasive to no one: in it is no persuasive power of the Spirit (not one Synod missionary could ever persuade over a single sectarian). The eternal turning of the Synod Church to the power of state arms is a revealing acknowledgement, that its Orthodoxy is powerless, unpersuasive and untempting.”

Without the spiritual authority to persuade and convince, one must turn to the arm of the state in order to compel people into “correct” behavior. When the “power of Christ compels you” doesn’t work anymore, we can fall back on the power of Caeser who will do our bidding and protect our “rights”.
“Why not rather be wronged? Why not rather be defrauded?”