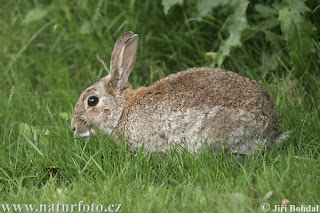 There are few thinkers today that argue that art doesn’t convey emotional impact of some sort.

Much of the formal writing concerning expressivist theories of art since Santayana have assumed what is commonly called the “two terms theory”. That is, for art to happen, we need an object of some sort to contemplate, and we need something that the object expresses. Implicit in the argument is, of course, a third term: one to contemplate the art object.

Before we get into some of the problems and solutions to the question I asked before (i.e. how does the emotion get into the specific materials of the object, and how does the observer get them back out again?), I would like to start with the basic idea of what precisely is being expressed. In the version that is particularly influenced by early 19th century thought, the thing that is being expressed through the art object is the subjective emotions of the artist.

Jacques Barzun suggests a question that I will paraphrase. Is a mathematician less emotionally invested in his equations than a painter in his painting? Is a scientist less emotionally involved in her research than a composer is in her score? I think that we have to answer that question in the negative, but what does that mean for our discussion?

Secondly, if someone gives expression to his/her emotion, let’s say by sighing, is that the same thing as art? We have in that case, a subjective emotion being expressed through sound. Sometimes my dog sighs to convey her frustration at not being able to taste the delicious rabbits and squirrels that frequent my yard. Sometimes it moves me emotionally, and I wish that she could capture the little beasts. I’ve had an emotional experience because of the sonic actions of a dog expressing her emotions. Is that the same thing as listening to a symphony but on a smaller scale?

Finally, what happens when there is no artist? I may well be moved by a painting of a landscape, but I may be more moved by an actually landscape. When I look at the real landscape, I seem to be appreciating in it the same sorts of things I appreciate in the painting. Line, color, form, and depth seem to permeate the image, and I can be brought to a state of wonder and awe. Is this art?