I have quite a few friends, students, and colleagues that have been posting an NPR story about the lack of universal aesthetic experience when listening to music. You can read that article here. The study is by scholars from MacGill University who were playing Western music to Pygmy tribes.

One always needs to be careful when reading news reports about studies. They often get it wrong. Consider an article from the Independent here. Using the same study, the Independent describes a somewhat opposite conclusion. (Thanks to Robert Platte for sending this my way.)

In his book, Art in Action, Wolterstorff is arguing for the universal side of the question using studies by the psychologist Osgood. Osgood found that there were indeed universal aesthetic responses across cultures. Here is a very simple image and paragraph to illustrate the point. 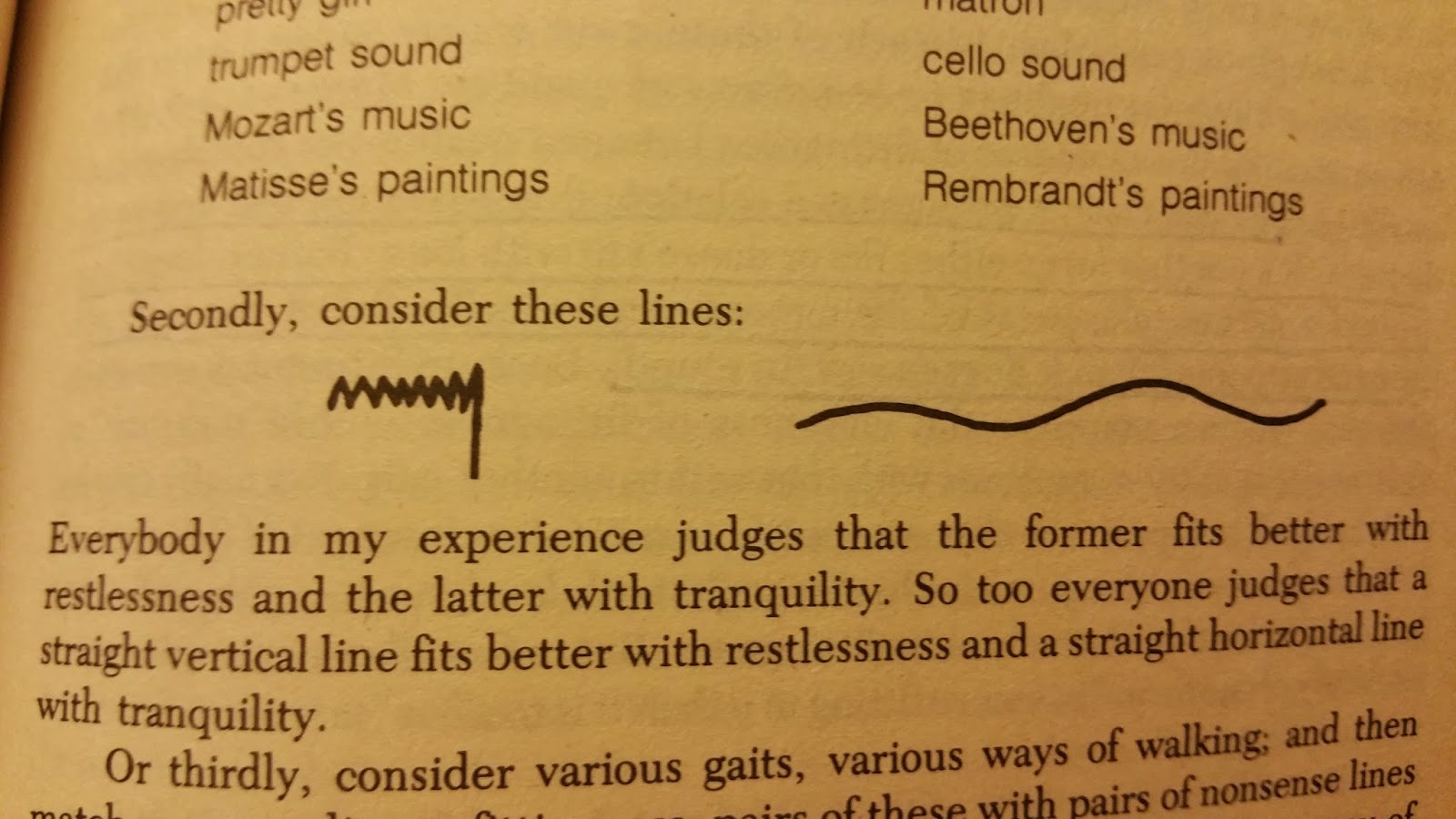 My big question is, if we can’t count on some commonality, what are we teaching our composers and music students? If I can’t count on writing sad music that will be experienced as sad music, what am I doing?

My guess is that even the most ardent of this sort of musical Sapir-Whorf hypothesis aren’t suggesting some sort of musical solipsism. It would just be on certain points. But that gets rather messy doesn’t it? It gets messy enough to the point where I’m not sure that they are saying anything at all. It gets messy enough that you could argue that this blog post is really an article about the frozen peas in my freezer. Then again, they might not really be peas.