Improvising my way out of a paper bag #3

Today we managed to set mic levels and get some solid takes of two of our improvisations. The first was a sort of passacaglia based on a coloristic succession of parallel major chords. The second used the digital tabla playing a 15/8 rhythm called Pancham. Apparently, “pancham” is the term in Indian Classical music for perfect fifth.

Perhaps the most meaningful part is that you learn to trust. There was one take of the passacaglia where we had a loosely structured idea about how the piece was going to end. In the moment, I set the ending idea into motion. I reached the concluding sonority we had agreed upon in one cycle of the passacaglia. I immediately realized that it would have settled more nicely if I had allowed it to gradually conclude through two cycles. (In fact, we did the two cycle ending on the next take because Jonah immediately felt the same thing.) Even though the ending had been achieved too quickly, I held the final sonority, and Jonah was able to extend the ending by improvising and convincing coda over the chord.

Trusting Jonah’s musical instincts allows me the freedom to experiment. I know that when I make the wrong choice, someone has my back. This has profound implications for conducting, teaching, music making, and life. 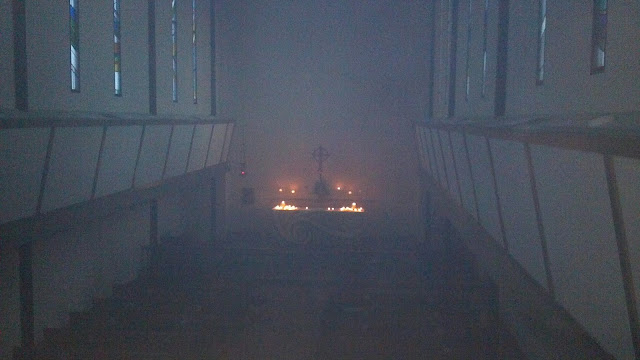