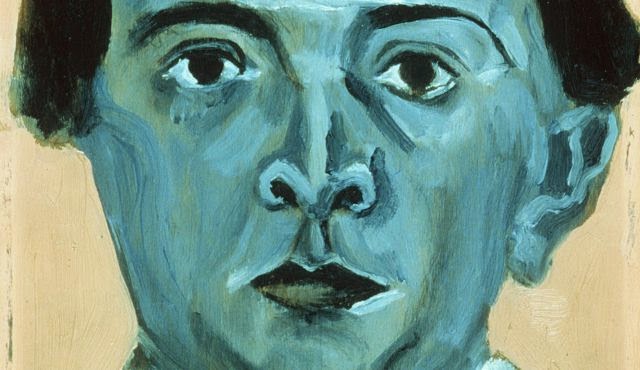 Naturally, we all have to do some things in order to eat. Life becomes very dangerous if you do something successful. Tremendous pressure and financial reward are brought to encourage you to produce “sequels”. I certainly don’t begrudge anyone the stuff they need to do to eat. However, I’d still like to encourage composers to save some room for exploration of new material instead of mama birding their “style” and regurgitating the same ideas over and over.

I am currently in the middle of teaching a bunch of graduate students a course in post-tonal theory. The class has afforded me an opportunity to revisit some of the music of the 2nd Viennese school in great depth. I have always had a deep love for the artistic boldness and deeply expressive content of the music from this period, and I honestly find it a little unnerving that many composers are growing up without being informed by this.

That is not to say that I believe that young composers need to start writing 12 tone music again. It is more complicated than that. Somewhere (I think in Cost Of Discipleship), Bonhoeffer points out that there is a difference between Socrates – at the end of a life of study – saying, “The only thing I know is that I know nothing,” and a freshman walking into his/her first class and saying, “We can’t really know anything, so, I’m not going to bother.” Musically, there is a difference between the tonal music of Arvo Pärt which confronts the artistic issues of our time, and a certain type of tonal music which seems to be avoiding the issue.

In some sense, this is fine too. I’ve had a chat on this topic with two extremely successful composers, and they seem to be doing just fine without having come to terms with Arnie and the boys. Many composers in other genres never really face the issue. I think it is philosophically too significant to pass by. For me, if I want to honestly explore sounds in the modern world and be artistically adventurous, I have to confront the important issues of our time. That doesn’t mean I only write 12 tone music. I also think that the lack of counterpoint is one of the central issues of our time, but that is for another blog post. I’m just saying, it’s OK, to eat your fast food, but cook a nice Coq au Vin at home sometime as well.

In many ways, I’m showing my age. I was, I think, the last generation to come through school with the unspoken obligation to write 12 tone music. I was writing it in high school. I wrote it as an undergrad. I wrote it as a grad student. Now, it is another tool in the box. When I want a certain level of dissonance that sounds magical, I pull out the tools and make it work to the expressive end that I am trying to achieve.

Here is one of my pieces that I think of as pretty strictly 12 tone. As with everything, I am wildly inconsistent, but I was more consistent with this one. In many ways, this is a better argument than any words that I can say.