St. John of the Cross: The Little White Dove 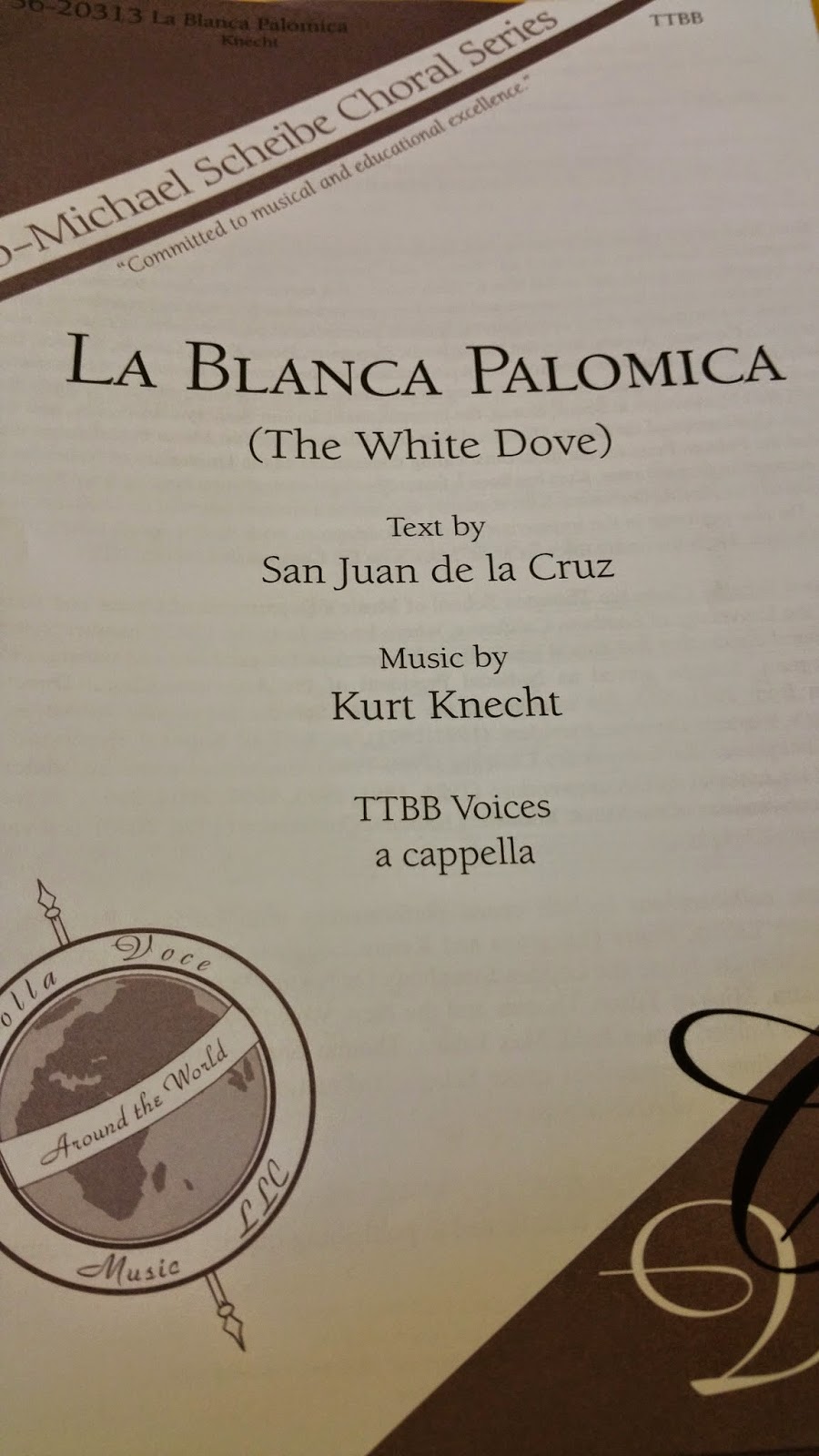 My setting of San Juan de la Cruz’s text “La blanca palomica” is finally out in print from the folks at Colla Voce thanks to the indefatigable Jo-Michael Scheibe. He really is one of the most important new music champions of our time.

The piece was commissioned by my dear friend Tinsley Silcox. Tinsley and I worked together when I went to SMU, and we’ve kept in touch throughout the years. Now he teaches at the Hogwarts School St. Mark’s School of Dallas. (It is seriously the closest thing to Hogwarts that I know.) He has an amazing boys choir and they just installed a pretty massive LeTourneau organ in the their chapel. That’s right. A K-12 school installed a massive pipe organ. I had been wanting to write something for Tinsley and his boys for a while, and I had been listening to Josquin a lot because it was a Thursday. 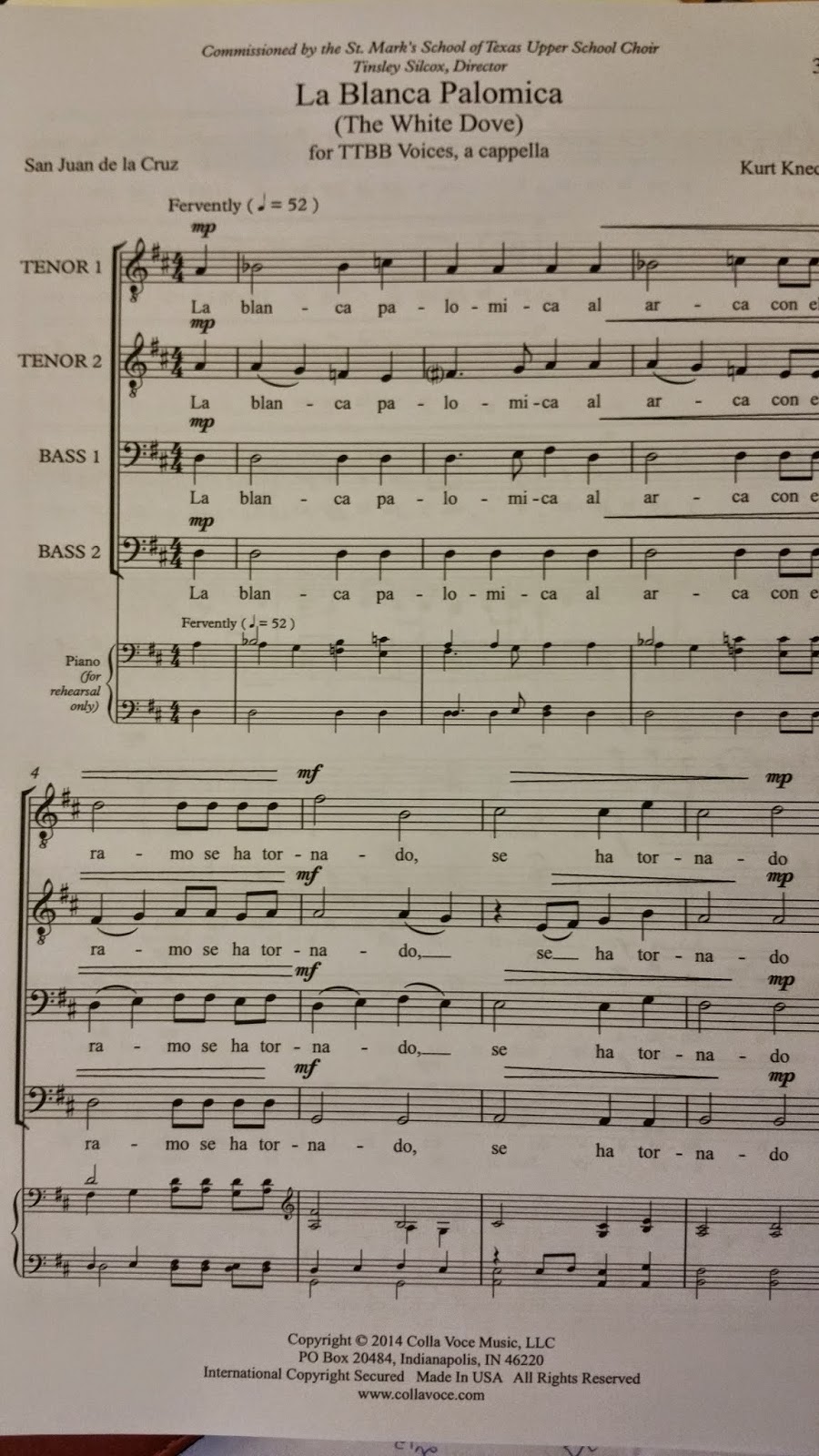 When I finished the piece, I sent it off to my friend Martin Neumann. Martin got in touch with me some years ago. He sings in a fabulous little group called VIP Vokalgruppe which is comprised of “ehemalige Mitglieder des Dresdner Kreuzchores oder des Thomanerchores Leipzig, zweier der berühmtesten Knabenchöre Deutschlands.” If you don’t know what that means, I will roughly translate it as, “They are pretty big deal.” They had sung “Manly Men” a few years back, and I thought this piece would suit them well.

The recording below is of VIP singing it in Eisenstadt, Austria. I hope all of you will buy this and sing it with your men’s choirs. It’s such a beautiful Spanish text. The translation below the recording is provided by my good friend, Dr. Colleen Baade.

The little white dove has returned with the branch to the ark; and now the sweet

turtledove has found her longed-for mate upon the green riverbank.

beloved guides her alone, likewise in solitude wounded by love.