Stoopy and the cop and my belly rub

Here is what Stoopy’s house looks like in the daytime. 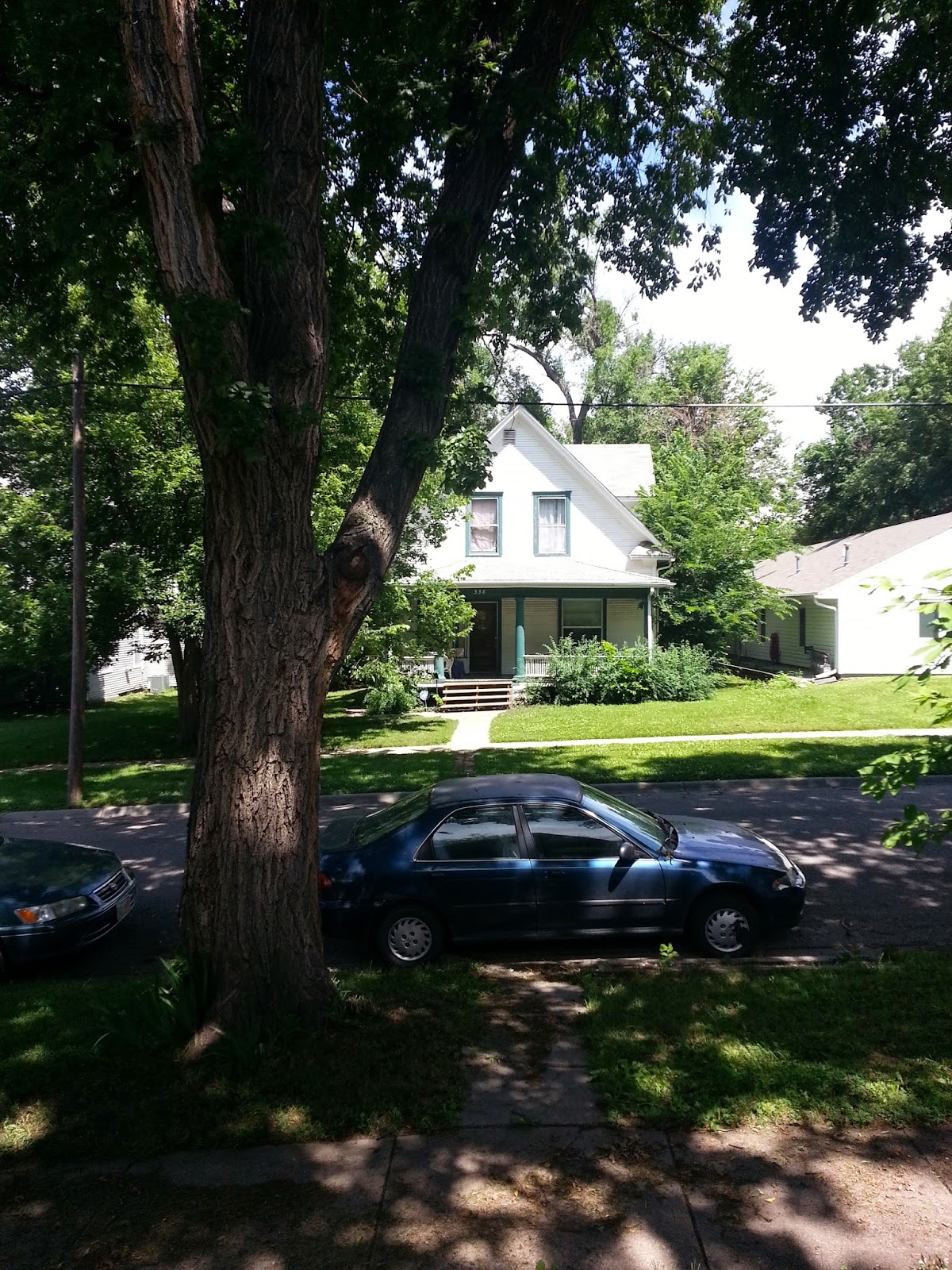 On our 21st wedding anniversary, we were enjoying some beverages in our back yard when I heard the sound of breaking glass. I looked around the side of the house so see a white car speeding away. Quickly turning to Jenn, I asked, “What was that?” She said, “I don’t know. Maybe someone threw a bottle down when they drove by.”

I decided to check it out. I walked out front and found that the truck belonging to my neighbor across the street had one of its rear windows smashed out. I came back inside and said, “Jenn, I’ve got to go across the street and tell Stoopy what happened. We’re going to have to call the cops. Happy Anniversary.”

It’s almost impossible for me to describe Stoopy. That’s not his real name. That’s the moniker Jenn gave him because he is always ‘stooping’ on his porch. (I’m not sure, but I think ‘stooping” is primarily a Southern term.) Stoopy is a large, hulking figure of a man. I’d say he is about 6’4 and maybe 300 pounds. He seems to have very little in the way of formal education. He is amazingly unaware of himself and instantly reactive to everything. I would say that his language is peppered with some coarse words, but that wouldn’t be accurate. It’s more like his communicable thoughts have to sneak out past a barricade of constantly occurring un-utterables.  He speaks this way in front of everyone, children included. When he does talk, he usually is telling angry stories about people who hit his cars. His cars have been hit in some way or other 6 times in 6 months. He usually tells you the same story at least 3 times in a row.

I walked over to Stoopy’s and knocked on the door. He came out and started ranting and called the cops. We stayed outside talking for a while. Stoopy couldn’t stop shaking my hand and patting me on the back and thanking me.

Finally, the cop arrived and began to survey the scene. Stoopy made it through his first two or three sentences with the officer without his usual panoply of curse words. After that, it was all over. The thoughts he communicated to the officer came out in short one or two word phrases, each one being roughly escorted out of his mouth by scatalogical and sexual guard words. As he continued to engage the officer, I gently interrupted. “Guys, I don’t want to be rude, but it is my 21st anniversary. What do you need from me?” The officer took my name, address, and phone number, and then it happened.

Stoopy came over to me to thank me again for knocking on his door. This time, instead of patting me on the back or shaking my hand, he reached down and rubbed my belly. In the phylum “gestures of affection among men in our culture”, I had never encountered the belly rub before, and being unfamiliar left me in a position of not knowing what the proper protocol is for responding. I knew I didn’t want to rub Stoopy’s belly in return. I chose instead to look at the officer while walking away and say, “No problem, neighbor. Officer, call me if you need anything. Good night.”

Naturally, this could be some sort of Nebraska thing that I never encountered growing up in Florida. I saw a guy do it to an alligator at a show once. I know that athletes pat each other on the butt. A grown man has never rubbed my belly before, and I’m hoping it won’t happen again.