The dangers of dancing in Wisconsin in 1914 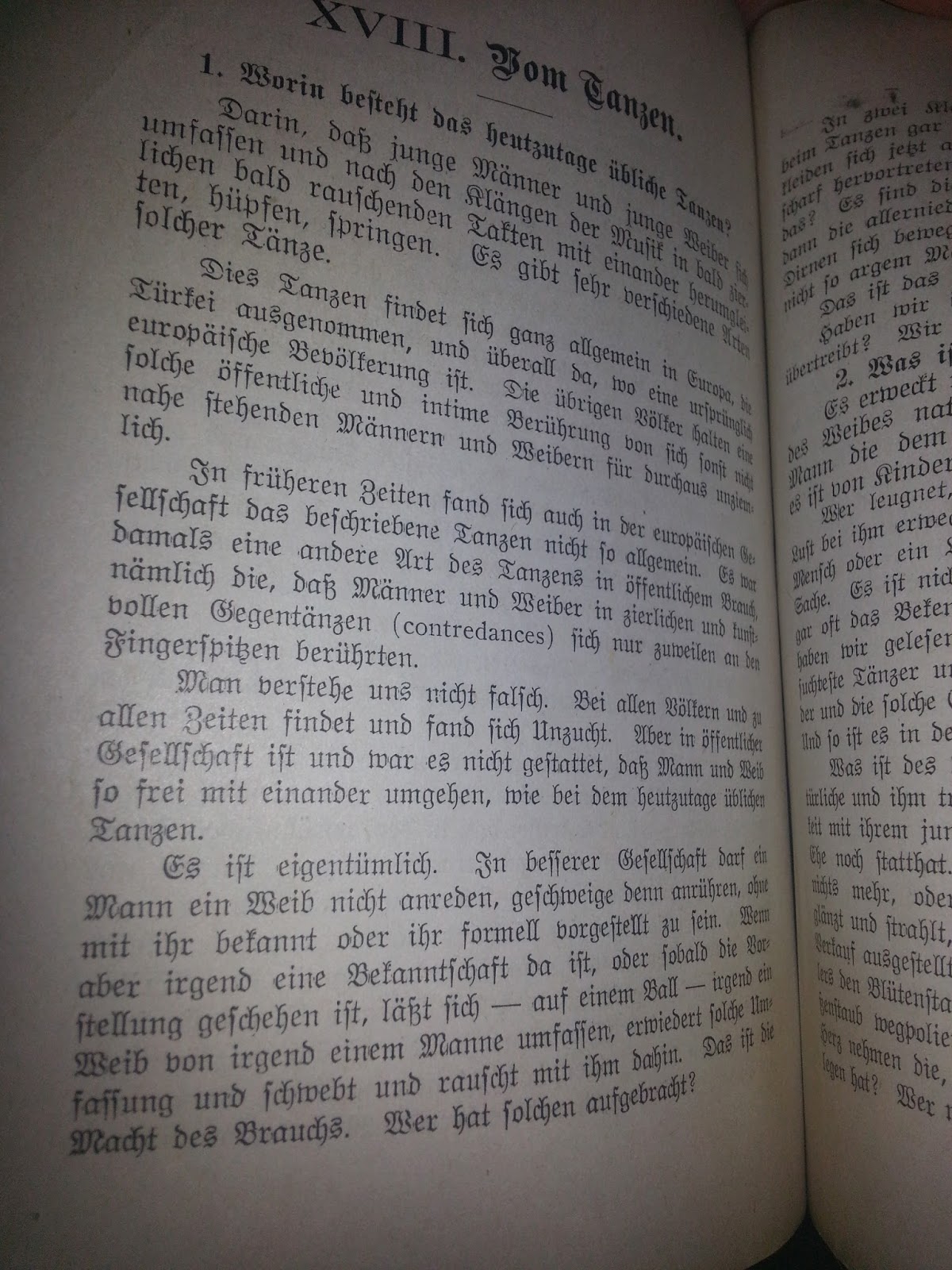 Today my eldest son, Zach, gifted me with a copy of Carl Manthey-Zorn’s Christenfragen.  I think he said he picked it up at a Goodwill. It is a catechism of sorts published in 1914 in Milwaukee. It’s one of those books that was published for German speaking Americans in the early 20th century. It is especially fun to read because it is in the old Wittenburg-fraktur script. I love these old things because they give us such interesting perspectives on communities from 100 years ago, and because I have to work so hard to tell the difference between an “s” an “f” and a “k”. There are chapters on the dangers of Saloons and Church Bazaars.  Here is a revealing passage on the dangers of dancing. Theyare the thoughts of “Mr. Anger”on dancing in Wisconsin in 1914.

“It is typical. In better society, a man and woman do not speak, let alone touch, without being formally introduced. If there is no acquaintance, or as soon as the presentation happens, they, at a ball, for example, any woman embraces any man, and in such embracing, float and sweep away with him. That is the power of the desire. Who has brought it up?

In two classes of society women while dancing uncover their shoulders, arms, bosom, and back, and dress in such a way that, the remaining body parts are brought into sharp relief. In which classes do we find this behavior? You find it first and foremost in the society that is the rock bottom classes, in which there are prostitutes openly moving. In the middle classes you don’t find it in such offensive measure.

That is the normal dancing of today.

Have we said anything which exaggerates the thing? We have only unashamedly said what it is.”