Why I distill my effervesence surreptitiously when playing Stravinsky

There is a popular misunderstanding of the Romantic movement that goes like this: In the Classical era, everybody just played stuff, and then one day Beethoven discovered feelings. Beethoven invented playing with emotion, and then Liszt perfected the technique until there was so much emotion in the music that there wasn’t any content any more.  So, Mozart cooked like a robot, Beethoven started adding some salt and pepper into the stew for the first time, and Liszt got so excited that he just started serving dessert for every meal.

Naturally, the reality of the situation is far more complicated. Somewhere, Roger Sessions says that no matter what scholars discover about performance practice, he would never be convinced that a musician tried to make something sound ugly or unexpressive.

“…he played with little intermission, until nearly eleven o’ clock at night. During this time, he grew so animated and possessed, that he looked like one inspired. His eyes were fixed, his under lip fell, and drops of effervesence distilled from his countenance.”

If you guessed that this was a description of Liszt playing in full Hungarian garb around 1840, you would be making a good guess, but you would be wrong. There are similar descriptions of Liszt playing.  The quote above is actually Burney describing C.P.E. Bach in the 1780s. Amazingly enough, C.P.E. Bach was doing all this before Beethoven invented putting emotions into music. Fortunately, Stravinsky invented a way to take them back out again, but whenever I’m feeling a bit mischevious, I like to play Stravinsky’s music and surreptitiously sneak little bits of emotion into the performance. Though I know it would make Stravinsky uncomfortable, sometimes I even distill a little effervesence from my countenance. 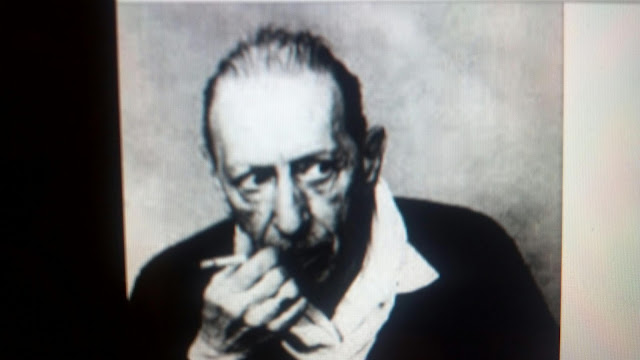