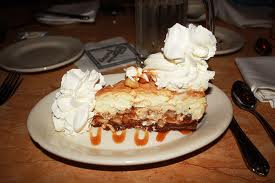 So the big question that has to be answered is: Is form separable from content in an art object as St. Augustine seems to suggest. I confess that I haven’t been able to puzzle out all of the questions in this problem. There is somewhere that Carl Dalhaus (I think in the 19th century book) says that in regard to the Beethoven Symphonies that the form is the content. We have to travel a little carefully here. Musicians sometimes mean something a little different by “form” than what philosophers of art mean.

An interesting way to look at the problem is through the lens of reinterpretation. What are we to do with Stokowski’s orchestral version of Bach’s Prelude and Fugue in D minor or the Byrds singing Mr. Tambourine Man? Isn’t Beethoven’s orchestration part of the content of what he has to say? Can we really change it (the “form” in a philosophical sense) without fundamentally altering the content? If Guernica was a sculpture instead of a painting, wouldn’t its meaning be subtly altered? For an even more difficult question: Would The Love Song of J. Alfred Prufrock mean something different if it were a painting? Is it possible that as some commentators on Buber have said that the only real response to a work of art is another work of art?

The funny thing is, it is fairly easy to separate form from content in conversation. We do it all the time for pedagogical purposes. The existential reality of our confrontation with real art objects is more complex. As my dad said to me earlier this week, “Don’t you think the whole is greater than the sum of its parts? Like a cheesecake?”

I’m thinking I like my dad’s “cheesecake theory of art” better than St. Augustine’s “coffee cup”.